A growing number of people are gaining an interest in something called the FIRE movement. What is this, and could this be of use to you? 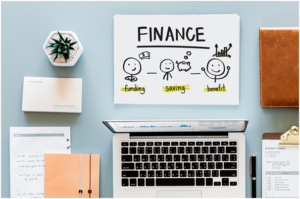 FIRE stands for Financial Independence, Retire Early. According to Investopia, FIRE is a system involving a program of extreme savings and investments. This allows followers to retire earlier than traditional budgets and retirement plans allow.

The FIRE movement first came about following the release of a book in 1992 entitled Your Money or Your Life. The book explored the comparison of expenses versus the time spent earning the money to pay for these expenses.

A growing number of people started to become fans of the so-called FIRE movement, and today there are countless books, blogs, and podcasts written on the topic. Many advocates claim they can retire at a younger age compared to the general population, with some well-known FIRE fans even retiring as young as 30.

However, FIRE supporters stress that following this movement isn’t necessarily about giving up work early. Many continue to enjoy a fulfilled career. Crucially, the goal of FIRE is to give the person options so that they could retire if they wanted to. 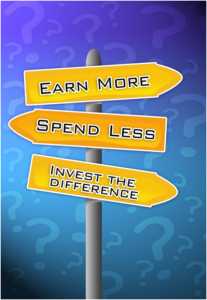 In order to become financially independent and retire early according to the FIRE movement, experts claim you need to devote 70% of your income to savings. This is fairly extreme, and many people would need to be very disciplined in order to achieve this goal. Seeking financial assistance from experts such as www.intelliflo.com, who provide financial advisor software, would be one way to help you organize your savings more efficiently to yield maximum returns.

Supporters of FIRE argue that you need to save 70% of your annual income to the point where you’ve gained savings that are around 30 times your yearly expenses. At this point, you can then retire. However, you may need to adjust timescales according to interest rate fluctuations.

In order to maintain FIRE principles, followers must also only make meager withdrawals. This will involve cutting back on unnecessary expenses and living a fairly frugal existence. Typically, FIRE followers will make just 3-4% withdrawals from their annual savings. This again requires strict discipline, and you might need to consider your quality of life and current lifestyle to assess whether this rate is even achievable.

How Crypto Can Boost The Global Economy

While cryptocurrencies have been around for a number of years, digital assets are really only…
Previous Post

A landlord’s guide to attracting the best tenants