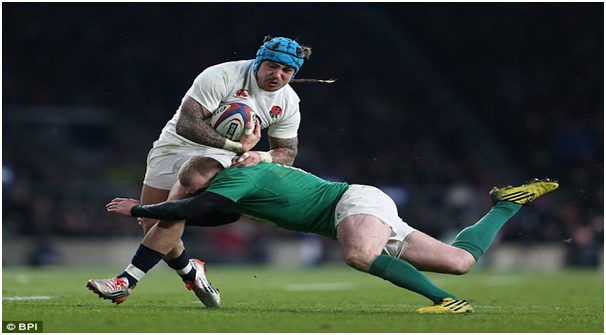 This is a heated debate. Which one is better Rugby or Football? Although you can become a fan of both, one usually takes precedence over the other in terms of enthusiasm and fandom. Football is a bigger sport globally, able to bring a country to a close when a big game is played at the World Cup for example. However, for rugby fans – nothing beats the spirit and atmosphere of a rugby match. Here are some reasons why people choose rugby over footy:

Rugby fans are great. Rarely, will you have heard of problems before, during or after a rugby match. Footy fans have received some terrible press for their past mistakes and the matches can still be tense with the potential for violence even today. Rugby fans, however, all seem to get along well without the need for a large police presence or security measures. Home and opposition fans are usually not separated and subject each other only to good-hearted banter. 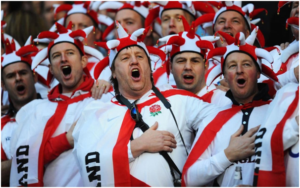 This is reflected on the pitch between players and referees, as well as in the stands. Players usually listen respectfully to referees and do what they say, which is not something you can say from all soccer players!

You will not see diving, pretend injuries, acting or fakery in rugby. There is no time for that nonsense. Rugby players are more likely to pretend not to be hurt! If you want to improve your rugby skills, check out the great Rugby Drills videos available from https://www.sportplan.net/drills/Rugby/Passing/practiceIndex.jsp

Nobody takes themselves too seriously, rugby kits have come in some very strange colours and designs before. Although it’s not as cool as some soccer players / world fashion models (Ronaldo, for example) – rugby players are more interested in the game than what their hair looks like!

Apart from the World Cup and the Euro, the importance of international matches in football has diminished. However, in rugby they are the top achievement for players and fans. There is nothing like a big international rugby competition to unite a nation.

Not too much needs to be said here. Tackles are amazing and much more impressive and fun to watch in rugby than they are in football.

Much of what is said, shouted or sung in rugby is kind, humorous and pleasant. This sport is not too serious, offering inclusiveness and a more civilized environment than football.

When it comes to singing the national anthem or performing haka, no one is as excited as fans and rugby players. Footballers are known for barely moving their lips, not singing at all, or showing different enthusiasm in terms of the national anthem, but you can never say that about rugby.

There is always the rush when it comes to wrestling. The sport may not be…
Previous Post