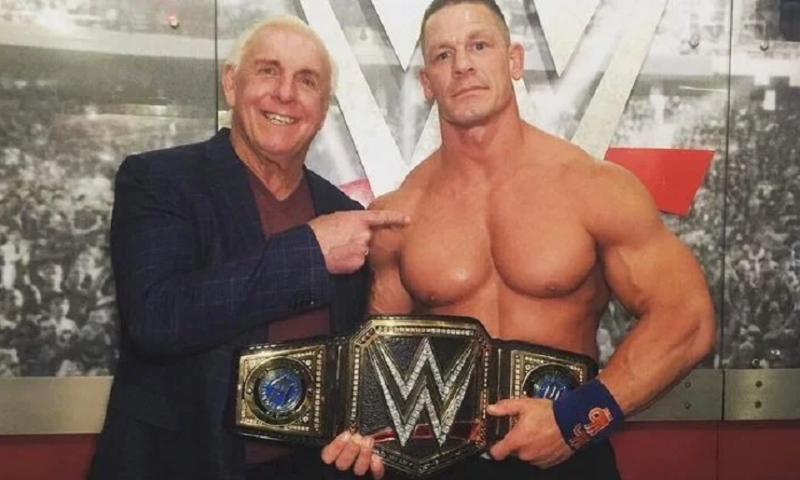 An animated performer such as Ric Flair can’t be encapsulated in words. He’s a man of vibrant actions as well as endless sound bites. If Dean Malenko is “The Man of 1 000 Holds,” then Flair is absolute “The Man of 1 000 Faces”. Each one is more flushed red with intensity than the last.

There was a time when Flair didn’t rip through arenas like a fireball of charisma however that was before him finding his calling as “The Nature Boy.” Before stealing kisses, flying on jets, and riding in limousines, the 16-time World Heavyweight Champion was an adopted, brown-haired kid in Minnesota with a chip on his shoulder.

Ric was trained by Verne Gagne and he made his professional wrestling debut on 10 December 1972 appearing for the AWA. His travels took him to Japan where Ric perfected his craft while competing against the likes of Riki Choshu, Genichiro Tenryu, Jumbo Tsuruta, Harley Race as well as Kerry Von Erich.

In 1974, Ric would make his way to Jim Crockett Promotions which would ultimately become World Championship Wrestling (WCW). It is at this promotion that Ric Flair would truly become the nature boy. It was also the place where he would form one of the greatest pro-wrestling stables of all time, The Four Horsemen. Ric Flair spent most of the 1980s in WCW.

Flair wrestled for the American Wrestling Association (AWA) between 1972 and 1974. Though a short stint with the AWA, Flair wrestled some prominent figures during his stay with the organization, such as Dusty Rhodes, Larry Hennig as well as Andre the Giant.

In 1974, Ric left the AWA to join Jim Crockett’s Mid-Atlantic region of the National Wrestling Alliance (NWA) where he would win his first singles title a year later in 1975, the NWA Mid-Atlantic TV Championship, after defeating Paul Jones.

On 17 September 1981, long before the first online casino South Africa opened its virtual doors or the internet was around, Ric Flair beat Dusty Rhodes for his very first NWA World Heavyweight Championship.

In the coming years, Flair established himself as the promotion’s major franchise in the midst of evolving competition from Vince McMahon’s World Wrestling Federation (WWF). An unsanctioned title loss took place on 6 January 1983 to Carlos Colón Sr in Puerto Rico.

Flair lost the title to Race and then won it back in the period of three days in New Zealand and Singapore in March 1984.