The Advantages of Hybrid Sealants and Adhesives

The term hybrid has gained in popularity in recent years, largely thanks to the development of petrol/electric hybrid vehicles. But the idea isn’t just confined to cars. In fact, a hybrid can be any fusion of technology or techniques that’s used to create a more efficient or improved product. In the building sector it can be used to refer to materials that combine different qualities – for example, a roof sealant that combines the best qualities of silicone and polyurethane compounds. These innovative sealants and adhesives allow materials that might not normally work well together – such as glass and concrete – to be joined successfully.

For manufacturers of adhesives and sealants, hybrid techniques allow them to create specific material characteristics that might not otherwise have been possible. Of course, this is not really new. For many years people have been experimenting with combining materials, and there are even many examples of hybrids in the natural world – things like teeth, which are made from a combination of materials, for example.

When creating a hybrid roof sealant, the makers can aim to introduce specific characteristics. These might be, for example, to make the sealant harder-wearing or to reduce odour, improve UV resistance or to remove hazardous substances from the composition. In the construction industry the use of hybrid sealants and adhesives can deliver many different advantages. They can be made to resist high temperatures, for example, or to adhere without the need to apply a primer first. They can also be formulated to make life easier for the user by having a fast drying time or ensuring that they have a long shelf life before deteriorating.

There are advantages for the end user too. Hybrid sealants are greener because they can be made free from solvents, silicones and other hazardous chemicals. But they can also be made to combine characteristics such as the ease of application typically associated with silicones and the strong mechanical qualities of polyurethane. This means that there is strong demand for hybrid materials across the industry, and new ones are continually being developed and refined in order to meet the demand from the building industry for high-quality sealants and adhesives that offer top performance and optimum ease of use at an affordable price. 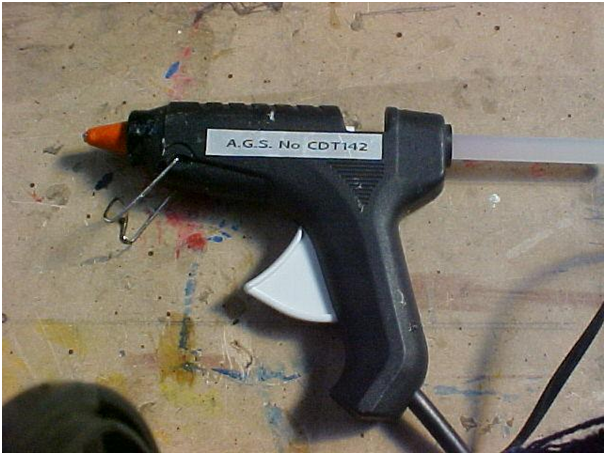 Thermoplastics taking the shape of cylindrical sticks for use in glue guns were first introduced in the early to mid 20th century as an improvement on traditional water-based glues, which would ultimately weaken due to atmospheric humidity. 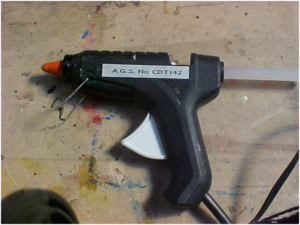 Industrial adhesives were then later used in the shoe manufacturing process, although it soon came to be realized that their use was applicable in things involving numerous other materials, including cloths and woods.

For the Best Results

Holt-melt adhesives are vital in glue gun applications. Hot melts can vary, changing in size and form, and include resins, polymers, and various waxes. These melts are particularly useful due to their waterproofing and to their ability to deal with varying chemical environments.

The glue gun process is relatively straightforward. The thermoplastic sticks are pushed through the rear end of the device and then undergo a melting process taking anywhere between one and five minutes. However, when preheated, this process can often be quickened. In the cheaper and more accessible glue guns, the temperature of the thermoplastics is controlled by an in-device thermistor which limits the heat available. This then, in turn, allows the user to use the glue gun without running the risk of being burnt through excessive heating.

The glue is then forced through a conical tip which can absorb heat very quickly. As a result, many manufacturers include a proactive barrier that covers the tip which reduces the chances of burns occurring.

At the point of application, because the plastic is obviously a solid at room temperature, it solidifies quickly on expulsion from the gun.

Glue guns are particularly useful, due to their ease of use, informing airtight seals and you can find them in a variety of sizes.

It is vital you ensure you select the optimal glue for each and every application. For example, lower-temperature glue guns that melt at around 250 degrees are best used for delicate materials, including cloths and thin woods. Higher-temperature glue guns that can reach anywhere up to 400 degrees are more appropriate for use in projects involving harder materials such as wood. Glue guns with varying temperature levels are available for special projects where some versatility is required. You should also ensure that the items that you are using the hot glue on are appropriate to do so on. For example, you are much better off contacting a Boiler Repair Gloucester company such as hpr services ltd rather than using hot glue on a part of your heating system. But you may want to use it to reattach a broken oven or fridge handle.

Welcome to WordPress. This is your first post. Edit or delete it, then start writing!